A locomotive on the court 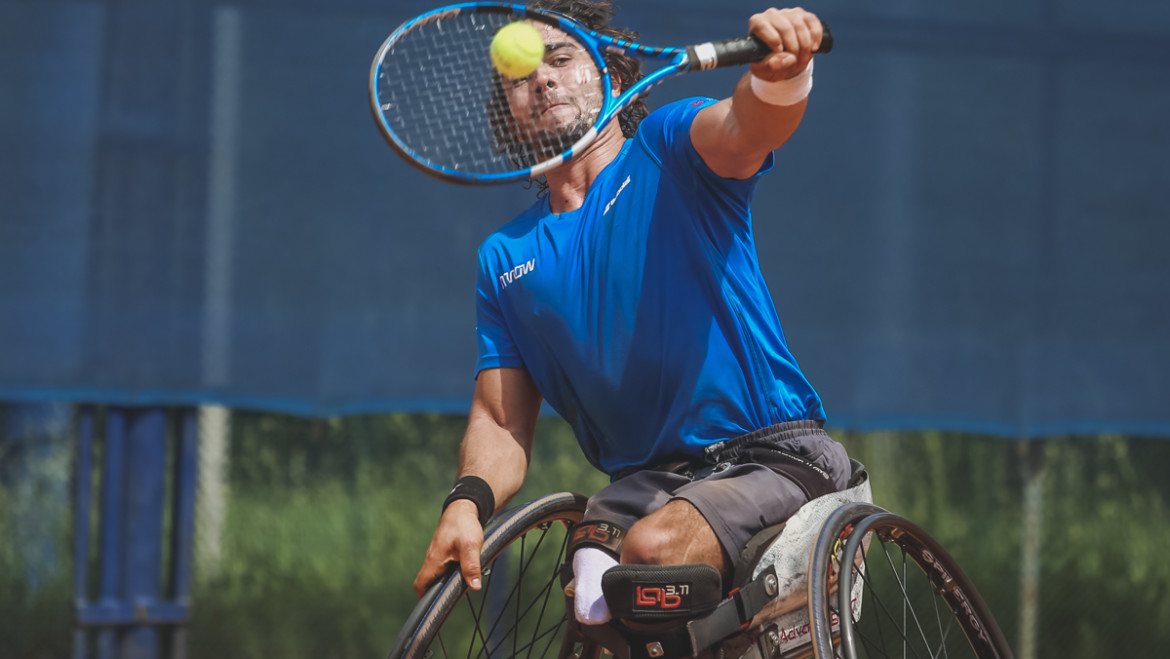 You stand behind the fence, comfortably lean on it and watch tennis. The player, turned by back to you, suddenly backwards and chases the ball in your direction. For a moment you feel like the audience of the Lumiere brothers film about the entry of a locomotive to the station in La Ciotat. You are afraid that player in a wheelchair, rapidly approaching you, will pass your foot. Uf, just inches from the fence he turns back and heat the ball. Accurately.

In Martin de la Puente’s match against Ruben Spaargaren winning the game (or losing, if you look from the other side) to 15 or even 30 gave the players a moment of unexpected but well-deserved breath. In turn, the game without deuce on the scoreboard seemed to be somehow incomplete.

What is there to say – there was something to watch! The Spaniard and the Dutchman played really spectacularly and probably without much risk you can announce that it was so far the most beautiful match of the tournament. If someone insisted that beauty is a matter of taste, the indisputable fact remains the score 6:4, 4:6, 6:2 for De la Puente. Nobody can deny that the XXV Płock Orlen Polish Open champion will be from Spain. Which one? No, we do not know that yet…

In the second semi-final Daniel Caverzaschi defeated Agustin Ledesma. Also in this case, the viewers could not complain about boredom. In the first set the Spaniard was 4:0 up. And the Argentinian managed to equalize at 5-all but he run out of steam. Caverzaschi won 7:5, 6:3.