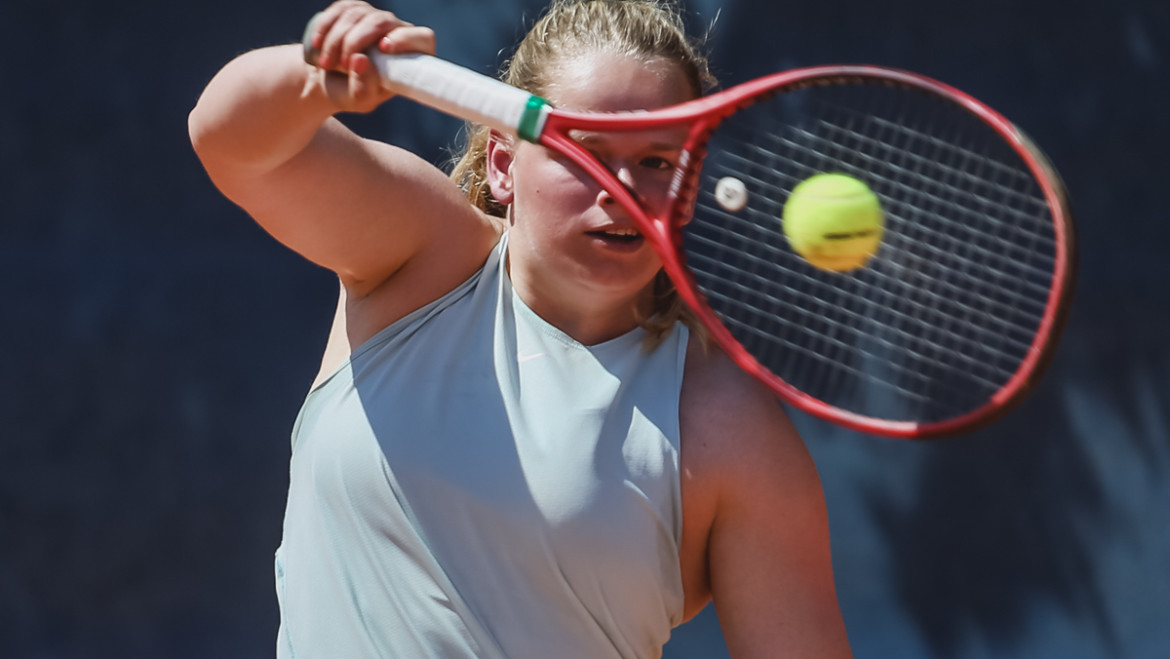 In ancient Rome, gladiators going to the arena greeted the emperor. In contemporary Płock emperors are tennis players returning from hell. More precisely – from courts hot like a frying pan. Someone won, someone had to lose, everyone deserved respect.

Donna Jansen and seeded number 4 Emmanuelle Morch played the longest match today. For 170 minutes they tried to find out who deserves more to advance to the ladies singles semi-final. For sure both of them deserved. By the middle of the second set nothing foretold the marathon. The Dutchwoman was 7:6(1), 3:2 up and served. Then in her tennis something got stuck and the Frenchwoman – game by games – was chasing her opponent. She won four in a row and after exactly two hours leveled the match.

Pure score of the third set – 6:1 for Jansen – pointed the winner but does not say anything else. Seven games took players (and chair umpire…) as many as 42 minutes. The longest was the sixth: six deuces, four advantages of the returning Morch and finally the five replaced the four on the scoreboard. The six did not have to wait so long, because the last game of this duel consisted of only six points. Tired Frenchwoman made three double faults, but of course she had enough strength to congratulate the Dutchwoman for the victory.

Let’s add, if it interested someone, that the remaining three quarterfinals lasted a total of 162 minutes.