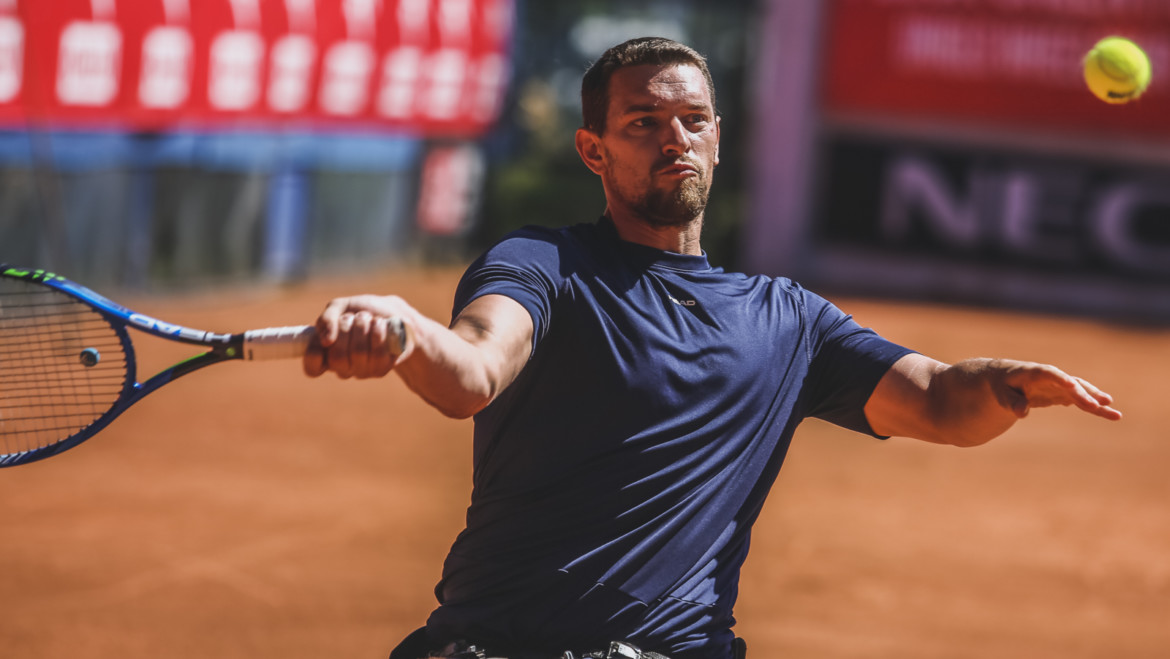 At the same time Martin de la Puente (number 4) also advanced to semis, although at the beginning nothing announced such a result. In the first set the Spaniard won 17 out of 48 points but he failed to reach even a single game. In the second set he was already more effective, while Korean Ho-Won Im (number 7) began to make more and more mistakes. De la Puente won 0:6, 6:3, 6:2. The name of his next opponent he will recognise after the end of the last quarterfinal.