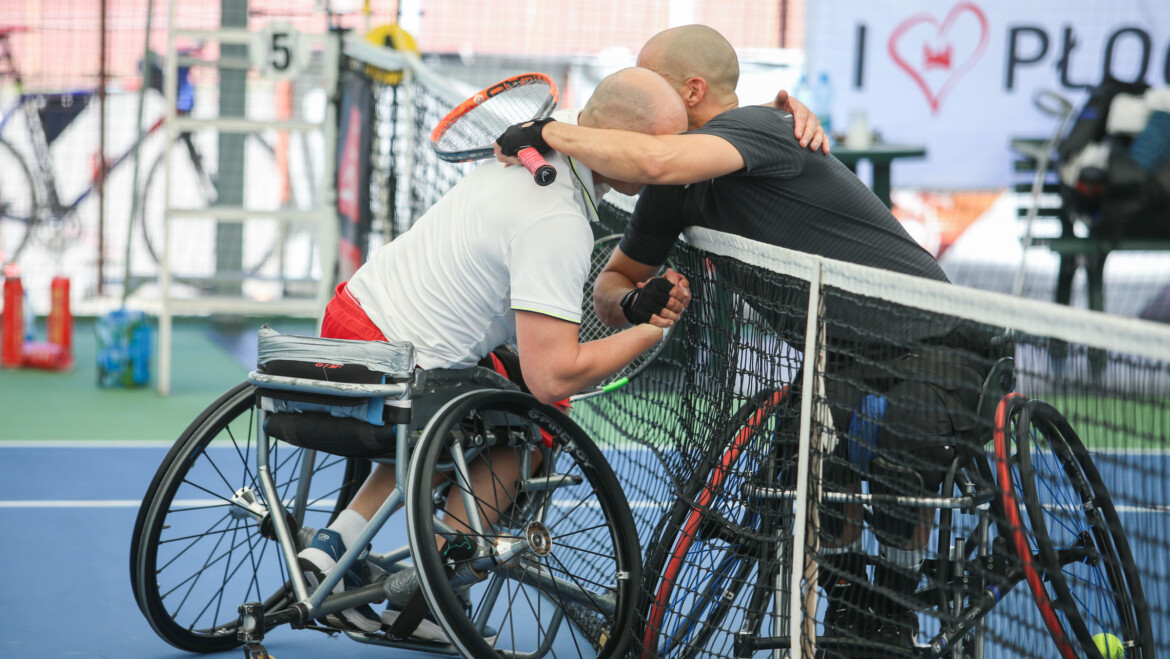 You didn’t have to watch this match. It was enough to listen to – without waiting for the referee’s announcement – to find out which player just won the point and why it was him. Kamil Fabisiak and Guy Sasson agreed to provide information for viewers, although each in a different way.

As coaching is not allowed in wheelchair tennis, Fabisiak taught himself. Not too loud – so that his opponent would not take advantage of the lesson – he explained to himself when he should play cross and when down the line, when to hit hard, and when to focus on accuracy. He turned out to be both a good teacher and a gifted student. He lost the first set, struggled 1:4 in the final and defended point at Sasson’s advantage, but until the end of the match the referee repeated over and over again: „Game Fabisiak”.

Sasson did not hide anything either from his opponent or from the audience. Usually he was satisfied with cries that were short, one-syllable but full of meaning. It was only after the match and congratulations to the winner that he commented with the whole sentence that in every game he had chances to fix the result in his favor but he did not convert too many of them.

Guy Sasson will be back again. It is though to predict whether in next year. It is known for certain that today. He has one more final to play.