Puff to the second round 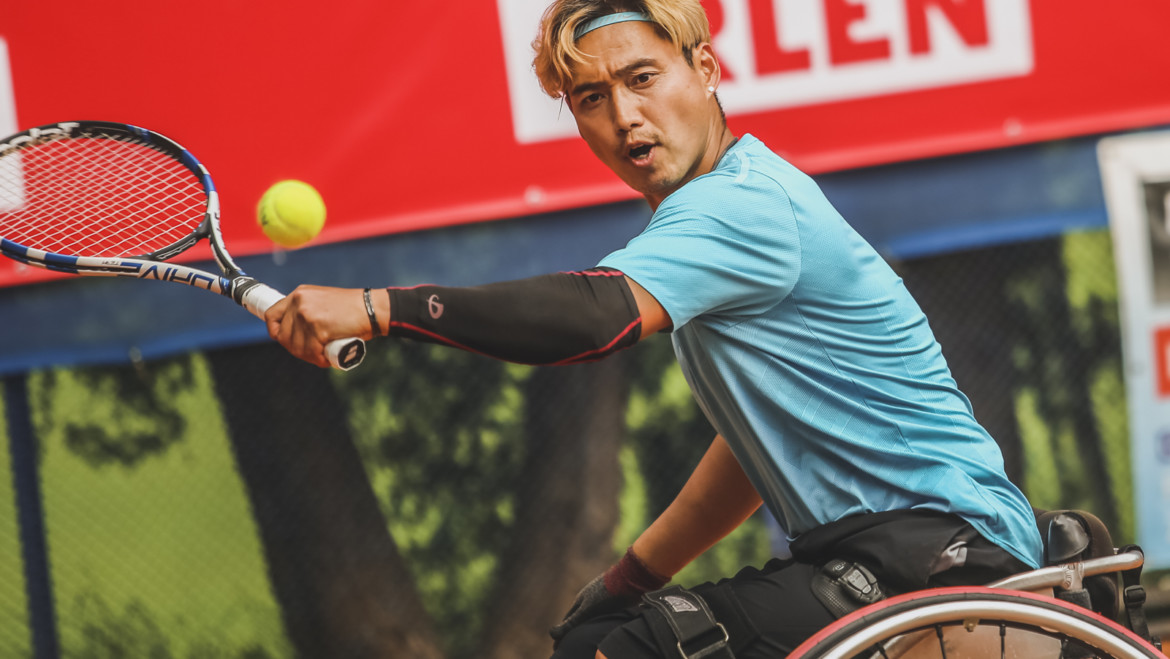 People in Płock like to joke that few windmills between courts and Orlen Arena could cover even half of town’s energy needs. But Tadeusz Kruszelnicki and Ji-Hwan Lee had no reason to laugh. Aside from the player at the other side of the net they had common opponent – the wind. Everyone who plays tennis – not necessarily on wheelchair – knows what’s going on. You toss the ball as usual but it suddenly escapes from the raquet.

Ten times finalist of POPO – including five tittles – find better response in this tricky conditions. The Pole adapted his servise to these circumstances while the Korean struggled playing high balls. Kruszelnicki won 6:7(5), 6:2, 7:5. In next round he meets seeded No 4 Martin de la Puente from Spain.