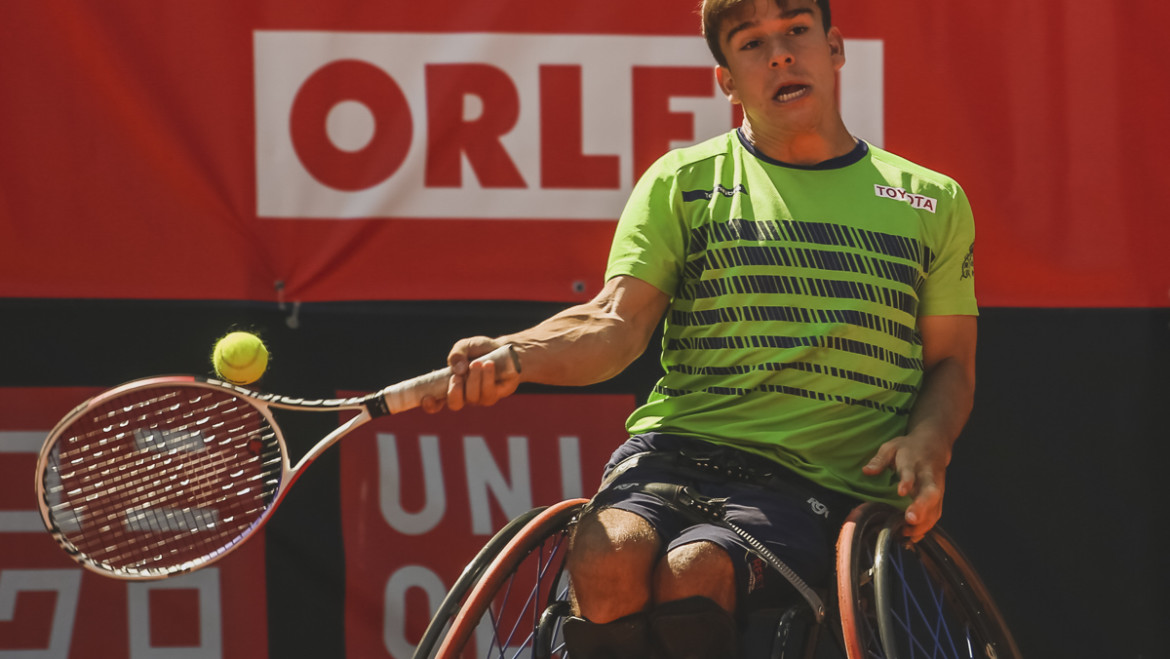 Martin de la Puente returned to Płock with a strong will to improve. In last year’s final he played, it should be admited, more spectacular, but – the score doesn’t lie – worse than Joachim Gerard. The Belgian is now the fourth tennis player in the world, so he did not come to defend the title, because this week his place is at Roland Garros. And the Spaniard has a great desire to become just the 12th champion in the 25-year history of Płock Orlen Polish Open.

He advanced to the quarter-finals admirably. He was in a great mood from the morning. The waiting time for transport from the hotel to the courts he shortened for himself and quite a large group of other players listening to music from a portable player. It’s true that it was quite loud, but the melody was really pleasant for the ear, and besides, could someone be bothered by the refrain, in which the word „corazon” was most often repeated? You would have to have no heart 😉 !